40 years of train services between France and Switzerland

To mark the 40th anniversary of the launch of the first international train service between France and Switzerland, we are retelling the story of this beautiful historic route, which now allows you to travel between these two countries quickly and in comfort.

This is also an opportunity to celebrate the Franco-Swiss rail links which allowed the TGV Lyria to come into being.

Discover the historic route of the Franco-Swiss rail links on video, too.

The journey time between the two cities was now 4 hours 15 minutes rather than 5 hours 49 minutes.

The occupancy rate on daily return services between Paris and Geneva was 87%. The number of single-coach trains needed was halved by the end of the week.

Inauguration of the Paris <> Lausanne line

The limited company Lyria was a joint venture of SNCF and SBB. It took over the operations of the group of shared economic interest TGV France Suisse and was to run all commercial TGV services between the two countries.

In 2005, the Paris–Geneva service was added to the TGV Lyria brand.

Creation of a bi-national crew

TGV Lyria introduced a Franco-Swiss crew to provide passenger services on-board all of its trains.

Launch of a new range of services, TGV Lyria,

Double-decker coaches, free wifi, a wider range of services, clock-face scheduling and new services were launched as a response to the increase in travel between France and Switzerland.

Not to mention BUSINESS 1ERE and a catering with a signature menu by the Michelin-starred chef Michel Roth.

Produced by the independent Swiss firm INFRAS, a life-cycle study of five means of transport between France and Switzerland confirmed that, of these, TGV Lyria is (by far) the most environmentally-friendly.

40 years of success and progress

Against the backdrop of a global pandemic, TGV Lyria is constantly adapting to the restrictions so as to continue to support its passengers.

Some four decades after the first Paris <> Geneva service, TGV Lyria is the leading provider of transport services between Paris and Switzerland.

The brand embodies the modernity of rail travel in the context of climate emergency and increasing travel requirements.

A customer service chatbot was developed in 2018. 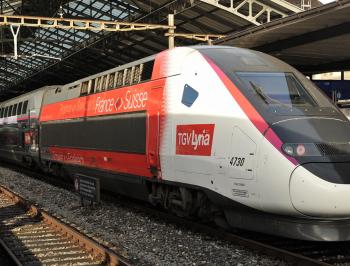 From sales to after-sales, and including the travel experience itself, the TGV Lyria brand offers you adapted services and defines its own f.. 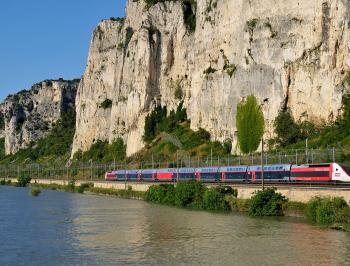 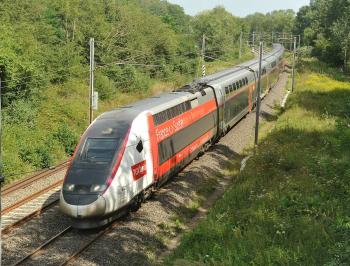 Ecology: TGV Lyria, the champion of travel between France and Switzerland

TGV Lyria has always striven to offer a service that combines convenience and speed and respects the environment. Incidentally, the environ..