The station was destroyed in 1944 by the German army due to its strategic position, then rebuilt in 1962. Situated on the Paris-Lyon to Marseille Saint-Charles line, Dijon station is part of the SNCF network for the Bourgogne-Franche-Comté region. Also known as “Gare Foch”, it is a bifurcation station at the centre of a railway node served by the regional TERs and TGVs, which serves the large French cities (Paris, Montpellier, Toulouse, Bordeaux, Marseille, Nice, Lille, etc.) and Switzerland. With around 6 million passengers per year, Dijon-Ville is now the principal station in Dijon, and is well placed at the level of national railway transport.

You can reach Dijon station using different forms of public transport on the Divia network :

Several individual transport options are available: taxis, rental vehicles, self-service stations for car rental (car-sharing) or bikes (Vélodi on the concourse next to the tramway).

Dijon-Ville station is open every day from 4.15 a.m. to 12.15 a.m., including weekends and public holidays.

Various assistance services are available at the station: a call point for disabled persons on the concourse opposite the tram station, an SOS point for passengers in the station underpass, and in case of emergency, there is defibrillator next to the information point.

Discover the many practical services on offer to you at Dijon-Ville station:

Prepare your visit to Dijon

Find all practical information for organising your visit at the regional tourist office at burgundy-tourism.com.

Outside the traditional TER network, Dijon station is home to “La Gentiane Bleue”, a tourist train specially dedicated to skiers, serving the Métabief winter sports resort. However, it only operates during weekends in the winter season, provided there is sufficient snow.

In order to travel in the best conditions, we would advise you to board your TGV Lyria no later than 2 minutes before the departure time indicated on your ticket. After this point, access to the train is no longer guaranteed.

Located in the quarter of the same name, Marseille Saint-Charles station was initially inaugurated in 1848 to open up the PLM (Paris-Lyon-Ma.. 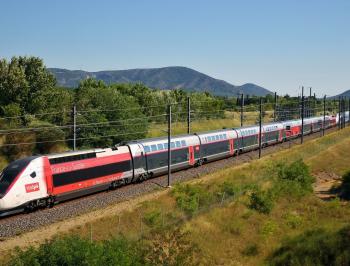